Join me in welcoming YA author Dawn Metcalf as she explains to us why using a taser on a camel is a very bad idea. In honor of Dawn's debut book LUMINOUS, my jewelry designer Tashina Falene has created a one of a kind necklace inspired by the book. To enter, simply fill out the form at the end of the post. Good luck, and watch out for angry camels! 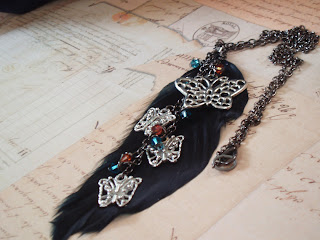 
Congratulations! You have booked a well-deserved vacation that expands your horizons and lightens your wallet. You are willing to go where few modern book-lovers dare to tread: outdoors! You have your books and/or e-reader, your passport, your shoes, and now are looking for a way to secure that your belongings will continue to belong to you. While I am certainly a proponent of upholding one's own safety, I feel that I must caution the worldly traveler on bowing to what I'll term "American Excess". Nothing encourages the wonton wielding of sharp or pointy objects than carrying about such shiny toys around in the first place, and one never knows if the gun in your pocket will be pointed at you or the shiruken stowed cleverly in your change purse will end up in your would-be mugger or buried in your own face. To that end, it is important to realize that certain safety devices have a nasty tendency of having unfortunate ill effects when used abroad and therefore should be handled with caution. Therefore:


Five Reasons You Should Never Use A Taser on a Camel:

1) It doesn't like it. At all. In fact, the camel would likely show it's displeasure in a number of disquieting ways that range from disgusting to outright dangerous and therefore I feel it necessary to advise against this possible scenario by avoiding tasers and camels altogether. If this cannot be avoided, please consider the following as a guide to the wise and remember to please show respect to your local flora and fauna, as well as its people, by treating them kindly and not over-enunciating your English as if that will help get your point across. You look ridiculous and they can't understand you, anyway.

2) A camel will stomp you flat. Don't be fooled by those long, silky lashes! The camel may look pretty, but those feet are made for long, desert treks and squashing things into paste. Ever see a camel back down from a lion? I bet not! The camel can easily carry 200 pounds (that's 90 kilograms) across a scorching desert, so it's not going to be bothered by some toothless, clawless, pink sack of meat like you. Very few know that the camel exists in a delicately balanced symbiotic relationship with Black Vultures (a.k.a. Cinereous vultures) and these scavengers' diets consist mostly of annoying tourists on vacation. The vultures eat the carcass and the camels steal their pants. Often, this is what the camel is taking so long to chew. Be aware and be prepared!

3) Sound. Have you ever heard the sound a camel makes? It's not pretty. It sounds something like this: http://www.sound-effect.com/sounds1/animal/Safari/camel6.wav. That's your warning. If you hear that grumble, back away slowly because the next thing you hear would most likely split your eardrums and leave you a gibbering wreck. In 1974, a visiting American named Lewis Hornsblatt actually suffered a brain aneurysm after experiencing the bellow of a camel at close range. Mr. Hornsblatt unwisely thought feeding a jalapeño pepper to the camel would be an amusing stunt. After the resulting noise, Mr. Hornsblatt's head exploded. True story.

4) Eliminates. Let's just classify together anything that can come out of any orifice of the camel. The spit of a camel is legendary, but did you also know the camel is a ruminant? Like cows, camels chew their food and later regurgitate it to chew again, so it should always be considered "armed and dangerous". This wad of puke is also accompanied by lovely things like stomach acid and copious digestive gas, both powerful natural deterrents. Speaking of gas, you might want to be wary of the other end as well: not just gas leaks out the back of the camel. These fascinating animals aren't potty trained! If you can imagine that getting a high-voltage jolt of electricity would scare the poop out of you, it would also likely scare the poop out of a camel, and the camel is a lot bigger than you.

5) Lawsuits. Believe it or not, camels have very good lawyers. This is a long and honorable tradition passed down from the Tuareg people of the mid-Sarahan region to "stand by your camel" which passed into law under the Indigenous Animal Protection Acts instituted by President Nelson Mandela. Therefore, in accordance to Tuareg precedence, all camels are afforded highly-trained, government-mandated attorneys who have made famous such cases as Camel vs. Mr. & Mrs. Gregory Eccles in 1989, Camel vs. Miss Carmen Sanchez's Chiquita Hat in 1995, and Camel vs. The Fig Merchant Chamber of Commerce in 2006 merely concerning digestive disputes and poking at it with a stick. Can you imagine the consequences of assault charges? This author shudders to think it.


Therefore, please enjoy your adventure in the exotic landscape beyond your air-conditioned flat, but for heaven's sakes, leave the taser at home. You'll be better off without it.