Today's post is brought to you by the lovely and talented Christine Johnson. Be sure to read through to the end to find out a) how Christine comes up with her amazing ideas and b) how you can win a set of signed books! 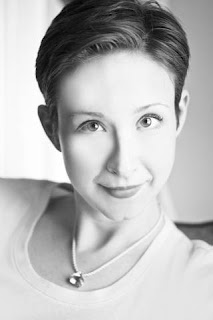 One of the questions I get asked most often is “Where do you get your ideas?” or “Where did you get the idea for CLAIRE DE LUNE/NOCTURNE/THE GATHERING DARK/INSERT NEW IDEA HERE.” I usually come up with some sort of answer, but here’s the real one. Finally. And then I may not answer this question ever again.


I DON’T FREAKING KNOW. I don’t *know* where the ideas come from. This is just the way I am. It’s the way my brain works. There are a thousand ideas in my head all the time. And it’s not like being in a floaty beautiful cloud of butterflies that turn the grey, bleak world into a living stained glass window. It’s much more like living with a constant halo of mosquitos who are so distracting and annoying that I miss my exit on the Interstate or forget to buy apple juice (again.) Once in awhile, one of those mosquitos stands out from the crowd and becomes so persistently infuriating that it simply MUST BE SQUASHED. Writing a novel or a story is how those idea mosquitos get the smack down.

This makes the whole process sound miserable. I understand that. But it’s not. Having the ideas can be sort of miserable, because the rest of the world tends not to understand why you’re so crazy or what could possibly be so interesting about that long-since boarded up building that suddenly has one open window on the second floor. I actually saw this on my way to the coffee shop where I write this morning. I stopped to take a picture and let the new idea-mosquitos get comfy in my head. At least two people looked at me like I had LOST MY MIND in the ten seconds this whole process took. 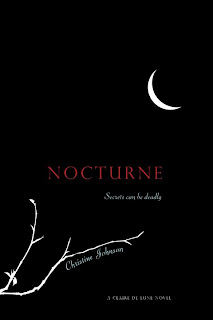 So, yes. The ideas, they are crazy-making.

But you know that feeling you get when you squish a mosquito? That hot-DAMN-I-got-you rush? And you know how, when you lift your hand and there’s no blood, so you know you got it before it got you which means you REALLY won and not just in a Pyrrhic way? Writing out an idea is like that. In slow-mo, obviously, since a novel generally takes months to draft. That rush is awesome. It’s not a miserable process.

So the question of “where’d it come from?” Yeah. I’m just wired this way. Which is why I do what I do. It’s like asking an accountant why the numbers make sense to them. They’re going to look at you like you’ve grown an extra head. Or maybe they’d just count your heads and make a new entry in their spreadsheet. (Dude. Mosquitos. I wrote that and then immediately wondered what would happen if you dropped a really tightly-wound accountant into a zombie apocalypse. Only that doesn’t really require counting. What’s hard to count? Angels on the head of a pin. Hmmm. So if he made a deal with the Devil and then he had to count *that* . . . DO YOU SEE WHAT I’M SAYING? THIS IS JUST THE WAY MY BRAIN WORKS.)

I genuinely don’t know if you can train yourself to be this way - it’s how I’ve always been. Maybe you can spend more time staring at clouds or imagining what might be on the other side of water-warped basement doors. Maybe you can practice it.

The idea mosquitos also like caffeine. If all else fails and you’re out of ideas, I’d drink a quad espresso and go sit in an abandoned house for awhile. If nothing else, it’ll make a good story, right?

Hey! What if someone did go drink coffee and sit in an abandoned house? What if they were waiting for someone? Like a secret meeting? And ooooh - what if the wrong person showed up? *THWAP* Idea mosquito. Dead.

Christine is offering a signed set of CLAIRE DE LUNE and NOCTURNE to one lucky commenter! The giveaway is for North America only and is open until 8 p.m. Tuesday, September 13th. Please make sure to leave your email in the comment trail if I can't immediately find it by clicking on your profile, and check back Wednesday to see the winner's name announced!