1. It's hard for me to blog when I'm in the middle of drafting. Mostly because all of my creative brain cells are engaged in the novel, and there's not much left over for anything else.

2. Combine drafting brain with three nearly sleepless nights in a row courtesy of a teething toddler and my brain now resembles this: 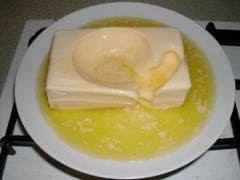 3. Therefore, you should read at your own risk.

4. I took my teenager to see Abduction last night. The story is YA through and through. I really liked it. So did he.

5. But the real story is what happened before we got to the movie theater.

6. We stopped by a Walgreens next to the theater to pick up some candy. The woman at the cash register looked at our purchase and said "What movie are you going to see?"

9. I said "It's about a teenager who discovers his parents really aren't his parents, and then they are killed because someone is after him. Maybe spies or the CIA or something like that. And he has to use all the skills they trained into him to escape."

11. And here I was thinking it sounded pretty interesting. So I said "Well, it stars Taylor Lautner, so there's always that."

13. I mean ... really? I'm not a huge Twilight fan, and I know who Taylor is. My hubby knows who Taylor is, too. In fact, the first time we saw a preview for Abduction, my hubby turned to me after the preview ended and said, "Wow! He kept his shirt on for the entire preview!"

14. Because you kind of have to be living in a cave not to be at least a tiny bit familiar with Taylor.

16. As we were walking into the theater, I said something ... I honestly can't remember what ... to my teenager and the ensuing conversation went like this:

Me: No, I'm not. I just see things a little bit differently than most people.

Teen: No one thinks like you do, Mom. No one.

Me: Allow me to introduce you to the INTERNET. I've met a lot of people online who think just like I do.

17. I hold out hope that one day he'll look back and realize it was kind of cool having a mom who was into zombies and post-apocalyptic stuff, and understood steampunk, and dressed up for Harry Potter movies, and took him to every comic book movie ever made.

19. Until then, I'm going to take my melted butter stick of a brain and go draft DEFIANCE's sequel.

*I post a job listing for a personal assistant. Warning! Must love llamas!
*The Were-llama offers to blurb a book!
*I share a creepy-cool book trailer for one of my hubby's favorite books (It's on my TRB too!).
- October 17, 2011