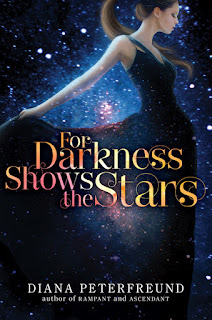 Because Diana and I share an editor, I was privileged enough to get an advance copy of FOR DARKNESS SHOWS THE STARS several months ago. I didn't know what to expect from it as I started reading, but I was instantly captivated. It's a re-imagined PERSUASION in a dystopian-ish setting, and it is lyrical, heartbreaking, and wonderful. I don't even think I have the words to describe how unique and special this book is. I couldn't finish it fast enough, but I wanted to slow down and just ... savor. Here's a peek:

It's been several generations since a genetic experiment gone wrong caused the Reduction, decimating humanity and giving rise to a Luddite nobility who outlawed most technology.

Elliot North has always known her place in this world. Four years ago Elliot refused to run away with her childhood sweetheart, the servant Kai, choosing duty to her family's estate over love. Since then the world has changed: a new class of Post-Reductionists is jumpstarting the wheel of progress, and Elliot's estate is foundering, forcing her to rent land to the mysterious Cloud Fleet, a group of shipbuilders that includes renowned explorer Captain Malakai Wentforth—an almost unrecognizable Kai. And while Elliot wonders if this could be their second chance, Kai seems determined to show Elliot exactly what she gave up when she let him go.

But Elliot soon discovers her old friend carries a secret—one that could change their society . . . or bring it to its knees. And again, she's faced with a choice: cling to what she's been raised to believe, or cast her lot with the only boy she's ever loved, even if she's lost him forever.

Inspired by Jane Austen's persuasion, For Darkness Shows the Stars is a breathtaking romance about opening your mind to the future and your heart to the one person you know can break it.


Intriguing, yes? As soon as I finished the book, I jumped at the chance to have Diana on the blog. She chose to be interviewed by the inimitable Captain Jack Sparrow. Let's meet today's guests.


Before we get to the interview, we get to reveal the amazing cupcake (and I do mean amazing!) my hubby made in honor of Diana's book. Elliot's grandfather left her a compass, and it's both important to Elliot's journey (metaphorically and literally) and serves as a motif throughout the book as Elliot and Kai both try to find their bearings in a world that insists on changing beneath their feet. So, my hubby made a compass cupcake for today's interview (And even ensconced it in a midnight sky w/glittering stars). Without further ado, I give you Diana vs. Captain Jack and the compass cupcake.


Let’s be honest, here. Pirates or privateers, it’s a matter of semantics and whether or not your pirating is royally approved. Captain Wentworth, for instance, made his fortune out of capturing enemy ships and looting them.

2. Are you telling me there's an officially sanctioned pirate in your book? My dear, where have you been all my life? What’s your favorite thing to do in Tortuga?

Eat Tartufo. Mostly for the story.

3. As long as you're willing to share. I’m offering you free passage aboard my ship to anywhere in the world. Where shall we go, love?

New Zealand. I know it’s a long trip, but it’s SO beautiful there. I mean, check out these pictures from my last trip: 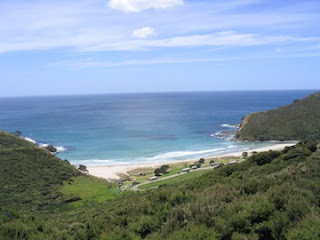 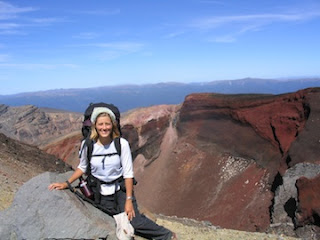 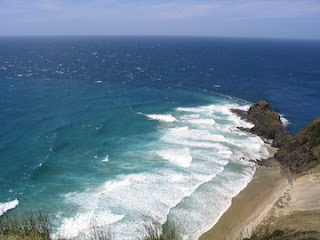 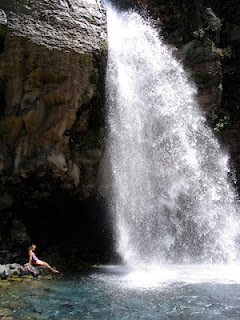 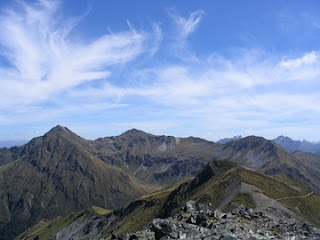 4. As I see a notable lack of His Majesty's accursed navy, I will agree to this suggestion. Who is the hero of your story most like: me (savvy, debonair, and unquestionably smooth with the ladies), the insufferably honorable Will Turner, or that deceptive little minx Elizabeth?

Kai’s a little bit Jack and a lot of Elizabeth, and Elliot definitely plays the Will in that relationship.

5. A sanctioned pirate who is a mix of my rather glorious self and that minx Elizabeth? I don't know whether to cultivate his acquaintance or leave for safer waters before the world comes to an end. Rum? Or more rum?

Just rum for me, please. That’ll leave more for you, Jack.

6. Which leads me to the age old question: Why is the rum always gone?

Probably because my husband used it to make Painkillers, which is properly only made with the Official Rum of the British Royal Navy: Pusser’s.

7. A husband, eh? Well, if he absconds will all of the Navy's rum, he's welcome to join my crew. At least until the next port.What’s the most piratish thing you’ve ever done?

Are you kidding? I stole the entire plot and most of the characters for my latest book from Jane Austen. Avast.

8. I am suitably impressed. Are they rules? Or more like guidelines?

Guidelines. There’s no such thing as rules.

9. I think I might be in love. And not just because of your husband's rum. I understand you’re a story-teller. Any undead monkeys in your stories?

Obviously, there should be!

10. A matter of some debate. Any curses? Heartless monsters? Irritating women who insist on taking matters into their own hands?

Especially that last one. In spades!

11. *locks away the rum and keeps a weather eye on his hat* One of my favorite words is “egregious.” Care to share one of yours, love?

12. I've seen plenty of encrusted ... things ... in Tortuga, and I'm afraid I cannot share your enthusiasm. Parlay? Or draw your sword?

Sword. It’s probably not good to admit this, but I’m more of a shoot-first kind of gal.

13. I'll be sure to remain on your good side, then. You’ve got a crowd of cursed sailors and a nasty sea monster on your trail. How do you escape?

Pit hem against each other. Cursed sailors are the favorite snack of many of the more common species of leviathan and/or kraken. Everyone knows that.

14. I do admire the way you think. Romantic night in? Or adventure on the high seas?

You’re talking to the girl whose honeymoon was an adventure on the high seas, so I fail to see the distinction.

15. My personal motto is: Take what you want, give nothing back. What’s yours?

“The harder you work, the luckier you get.” Also, “Everything is better with Alan Rickman.”

Thank you, Diana, for such an entertaining interview! To learn more about Diana, visit her site. To purchase your copy of FOR DARKNESS SHOWS THE STARS (and you really, really should) head to Indie Bound, Barnes & Noble, or Amazon.

The fun isn't over yet, though! Diana is giving away a copy of FOR DARKNESS SHOWS THE STARS to one lucky reader. The contest is international and is open until 8 p.m. central time Wednesday, June 19th. To enter, simply fill out the following form. Good luck to you and happy reading!