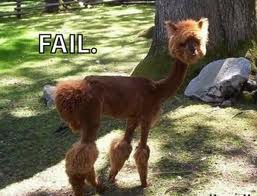 2. I had my first official author event this past weekend.

3. It was a trial run which should probably be titled "C.J. Tries To Be Authorly In Public."

5. The fine print reads "If you invite C.J. to an event, and you haven't done your research, you deserve the spectacle you're about to witness."

7. I was invited by the lovely people in the Heart of Dixie RWA chapter to host one of the tables at their annual Reader Appreciate Luncheon.

9. There was a meet and greet beforehand, and then a fancy catered lunch, and then gift baskets and door prizes etc.

11. Sadly, I believe my table was treated to more photo ops than anyone else.

12. I should come with a warning label. Something along the lines of "Read her blog BEFORE you meet her, and then sit near her at your own risk."

14. So innocent people who wanted to meet a new YA author sat at my table.

15. And brought their teenage daughters with them.

17. We all sat down at our table. The caterers had already placed glasses of tea and water by our knives, and had also set a selection of desserts around the table.

18. I began talking to the two teenage girls seated to my left.

20. At one point, I leaned forward to say something, and I slapped my hand SMACK DAB in the middle of a piece of pie.

21. I was covered in whipped cream and shame.

22. Well, not so much shame because I ran out of that about a decade and a half ago when I realized that growing up didn't necessarily mean I was going to grow out of general klutziness and epic fails.

23. But whipped cream? Oh yes. My hand was covered.

24. I could see the others at the table were trying to choose the correct response.

25. I can't blame them. I don't think there's a bylaw in the Social Etiquette Handbook that tells you how to act when a gregarious girl slams her hand into a piece of strawberry whipped cream pie.

28. And then I assured the girls that I do stuff like that all the time, and that they should feel free to laugh and find me slightly ridiculous.

29. The conversation moved on, and one of the girls told me she was being bullied at school for being different.

30. As she was saying that, the waiter set salads in front of us.

31. I assured the girl that the small-minded morons who bully others in school find themselves adrift without a victim or a vision when they graduate because outside of school, those of us with different brains and strange dreams are the ones who go on to greatness.

33. The fool of a chef who thought bite-sized pieces of lettuce were for wimps and who then followed that egregious error with a whopping half a bottle of dressing for a tiny pile of greens is on my LIST.

34. Because I forked up a bite of salad.

35. And the leaves were too big to fit completely in my mouth.

36. As you may have surmised, I have a big mouth. So these leaves of lettuce? HUGE.

37. Realizing I couldn't fit the entire bite in without stabbing the back of my throat with my fork, I closed my lips over the half-inserted leaf.

38. There is a law of physics that applies here.

39. I don't know the official name, but it has to do with leverage, and momentum, and copious amounts of salad dressing.

40. I bit down, the un-inserted end of the lettuce leaf shot up toward my mouth, and all of that extra salad dressing?

44. I may be the only person in the entire world who can shoot herself in the eye with salad dressing using nothing more than a fork, a leaf of lettuce, and her own lips.

45. Here is the truly sad part of this tale.

46. I was so concerned with the dressing to my eye (Balsamic vinegar burns ... just a little bit), I failed to even realize there was dressing anywhere else.

48. I gently dabbed my eye and said something to the effect of "Crap. I shot salad dressing into my eye."

49. And when I looked up, everyone at the table was trying to signal to me.

50. Surreptitious swipes against their foreheads. Pointed glances at my cheekbones. Finally, one of the ladies just said "You have some on your face, too."

53. I had to use my fancy cloth napkin to just wipe my whole face.

54. And then I turned to the girl beside me and said, "See? You can be awkward like WHOA, and your dreams can still come true. And then people will pay to come sit by you at lunch and think you're cool even though you've insulted a piece of pie and done terrible injury to yourself with salad dressing. People like us? Teenage years are torture. But the rest of life? It's wide open possibility."

56. Somehow, losing a poorly planned battle for my dignity with a plate of salad equalled cool. Those kind of things don't happen when you're a teenager. But when you're an adult? And you've learned to laugh at yourself? (Because hey, food was around. SOMETHING was bound to happen, but it doesn't have to derail you.) When you've learned to embrace the things that make you different, and when you value the stuff that once made you want to crawl into a hole and die from the awkwardflailness of it all, you win. You attract people who like you because you aren't afraid to just BE you.

57. And when you aren't afraid to BE you? Anything is possible.

58. Still, for all that pep talk, I think my publicist will read this and probably issue a memo to all future events instructing the organizers to keep me far, far away from food.