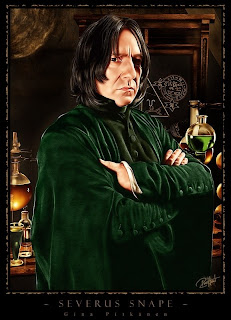 1. Yesterday, I voted in our local election. School board reps, judges, sheriff, and house of reps were on the ballot.

2. I didn't have to stand in line and was told that there were maybe 200 people who showed up at my precinct to vote that day.

3. I'm ashamed of those who didn't bother to come.

4. Men lost their lives to give us the right to vote. Women fought for decades to be given equal voting rights as men. We see people in countries like Sudan, Afghanistan, Rwanda, Iran...the list goes on...who don't have the right to speak up, the right to effect change, the right to have a different opinion and yet we take our own rights for granted and can't take a few minutes out of day to vote.

5. We took the boys to the county fair Tuesday night.

6. The Scientist wanted nothing to do with any of the rides except the bumper cars so I camped out with him at that particular ride and let the others drag their father to the ferris wheel, the kiddie rides, and anywhere else their daring little hearts desired.

7. The man running the bumper cars was a whip-thin carnie missing most of his teeth and, it turned out, a good deal of his common sense.

8. At one point, he asked the Scientist what he wanted to be when he grew up (this was after we'd been on the ride six times in a row...). The Scientist said "I'm going to be in the Army."

9. Whereupon the carnie said, "Oooh, now, you have to watch out fer that there FBI. They know everything."

10. The Scientist politely informed him that he wanted to be in the ARMY, not the FBI, and the carnie nodded sagely and said, "That there FBI knows every little thing about you. They know what kind of car you drive, where you park it at night, and what you had for lunch."

11. At this point, we were able to enter the ride, thus sparing the carnie the stream of words just begging to leave my mouth.

14. Maybe it's because I'm a Pantser, not a Plotter, and so the entire exercise is a lot like forcing myself to go to the dentist: you know it has to be done but that doesn't mean you're going to enjoy it.

15. Anyone seen Mummy III yet? Looks like something I'd love.

16. The kids start school on Monday and I have a flurry of last minute shopping to do: one more binder, a pair of shoes, lunch supplies, and possibly a back pack.

17. The first trailer for The Half-Blood Prince is out now. =D

18. I want to re-read the series up to book six before I see the movie.