How To Change The World 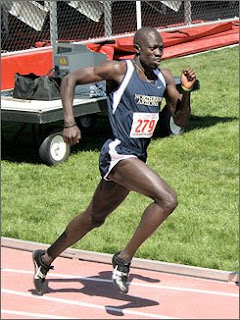 Last year (or maybe the year before, I don't keep track of these things), John Mayer came out with a song called "Waiting On The World To Change." It's a discourse on how powerless his generation feels in the face of all they disagree with on the world stage (war, government etc) and so since they think they're powerless, they're just waiting on the world to change, perhaps waiting until the generations above them have all died off or retired and no one is left to run the world but this one dissatisfied generation of waiters.

The lyrics have always rubbed me the wrong way and I'll tell you why. There are many things that need attention in this world--hunger, war, genocide, child slavery, illiteracy, stupid or selfish people maintaining positions of power, disinformation--you can add to the list all you want, the end result is the same: turn your eyes in any direction and you'll see something that needs to be done.

I believe we have three choices when confronted with something that breaks our heart. One, we can do nothing. Take Mr. Mayer's words to heart and stand around wringing our hands, decrying how helpless we are. Two, we can turn away and pretend we never saw. Or three, we can roll up our sleeves, wade into the fray, and meet the need or stand for the cause that is right in front of us.

Powerlessness, for most of us, is a state of mind. We don't live in huts made of mud and straw. We haven't lost our family to our own government's machine guns. We haven't been abandoned at a bus stop as an infant because we had the gall to be born a woman. We aren't afraid speaking our minds will land us in prison. We can read. We have the basics necessary for survival. We don't choose between feeding our children and feeding ourselves.

We aren't powerless unless we choose to be. We can change the world, one piece at a time, if we do what is right in front of us. If we speak up, stand up, get up, open up--own a vision for the change we want to see and go after it with single-minded dedication.

One of the most inspiring examples of this is 23 year old Lopez Lomong, one of the Lost Boys of Sudan. When he was 6, he was kidnapped from his village. He escaped by tunnelling under a wire fence and traveling across Sudan and over the Kenyan border, ending up at refugee camp. Can you imagine doing that at 6?

He lived in hiding at the refugee camp for ten years. One day, after being paid a few shillings to do a landscaping job, he hiked five miles to the home of a man charging an entrance fee to those who wanted to watch the Sydney Olympics on his black and white television.

Lopong was captivated by the sight of Michael Johnson running for gold in the 400 meters. This was his first introduction, not just to the Olympics, but to the idea of running as a sport. That day, Lopong decided he would change his life. He decided he would compete at the Olympics as a runner, under the American flag.

That day, Lopong stopped being a Sudanese refugee and became a future American Olympic athlete. His outside circumstances were the same. It was the inside that was changed. Eight years later, Lopong not only competed at these Beijing Olympics as a runner for America, he carried the American flag in the opening ceremonies.

Lopong is not content to see his own life change without reaching back to save more Sudanese children from growing up in refugee camps as he did. He is part of Team Darfur, a group of athletes using their status to raise awareness of the plight of Sudan.

How did Lopez Lompong go from kidnapped, traumatized 6 year old boy to raising awareness for his country on the most prominent international platform available?

He refused to lament the problems in his government without taking action. He believed he could rise above his present circumstances and be whoever he set his mind to be. He did not stand at a distance, waiting on the world to change. He got in the world's face and said, "Hey! Listen up!"

So, with respect to John Mayer's disillusioned generation of powerless future leaders, may I use the shining light of Lopez Lompong's life to say, with conviction, we are only powerless if we choose to be.

Let's stop waiting on the world to change and be the change we want to see.

My vision for change is my passion for adoption--educating others, facilitating the process for others if there's any way I can help, and most of all, completing my own family with as many orphans as God has written on my heart.

Email ThisBlogThis!Share to TwitterShare to FacebookShare to Pinterest
Labels: inspiration