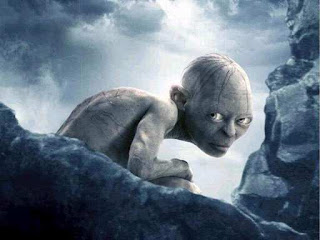 Currently on my iTunes: "Sober" by Kelly Clarkson

1. I'm having a hard time believing that it's already Friday.

2. Actually, I'm having a hard time believing the date on the calendar. Where does the time go?

3. I've been silent on my progress in Shadowing Fate here but there's a good reason.

4. I was SO CLOSE to finishing when I realized I had an incredible idea to deepen the plot, make the villain so much scarier, and thoroughly mess with my reader's heads because they won't be able to see how Alexa can avoid the fate the villain has chosen for her.

5. This is doing incredible things to my plot and my characters, but it also asks for a very intensive rewrite of the middle of the book. Last night I rewrote a chapter and kept ONE SENTENCE from the original version.

7. So, I'm pushing hard this weekend to get through that re-write so I can deliver my Holy Crap ending and get this into the hands of the four agents waiting for it.

8. I've watched Fringe for three weeks now and a post is on its way on what is truly great about this show and what is totally holding it back from being on the same level as Alias.

9. My neighbor and I went to the movies Tuesday night. We used the excuse that we had to go after her parent-teacher conferences to see the only movie offered after 7:30 pm: The Dark Knight.

10. She accused me of being in love with the Joker.

12. Nothing about his performance dims over time. I can't wait to own this film so I can rewind scenes and watch them again to soak up the nuances of his character.

13. The previews before the movie, however, leave serious doubt about the future of movies for the next 6 weeks. I think the only one that looked really good opens today: Eagle Eye.

14. Everything else looked like an incredible waste of time.

15. In our after-dinner conversation this past Monday, I asked, as I always do, each boy to tell us something interesting about their day.

16. No one will be surprised that Daredevil announced he'd become Emperor. And Pope. And President.

17. I asked him who that put him in charge of and he looked at me and said "You."

19. Next week I'll be featuring an interview with a fellow Pixie whose debut novel comes out today on the Wild Rose Press. It's a light paranormal with historical elements and a dash of suspense. Sound fun? Stay tuned!

20. Reader Question: What makes you stop reading a book and move on to something else instead?
- September 26, 2008