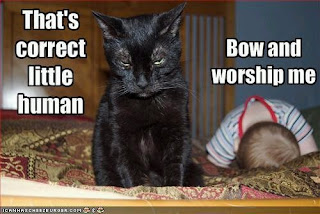 1. Chicago was really cool. I'd live there if I was hip and single.

2. I'm going back (probably just a day trip) to do more research later.

3. We hit Broadway to see Jersey Boys (an excellent production), went to the top of Sear's Tower (where the kill-joy in charge refused to allow me to go outside of the enclosed sky deck so I could do more accurate research), saw a giant silver pinto bean the tourist guide referred to as a "cloud" (Um, noooo, it's a bean), walked around Wrigley's Field, clocked umpteen miles on the subway/train system, and did some shopping on Randolph.

4. There's an energy to the city that encompasses you like a palpable force. I'm very pleased my newest character told me her hometown is Chicago. This will be an exciting series to write.

5. What is it with people who don't know how to travel in close quarters with others without putting their worst personal habits on display?

6. On the flight from Nashville to Chicago, the man seated next to me trimmed his fingernails with his teeth for the entire trip. The entire trip.

7. He seemed unconcerned with the obvious fact that chewing one's own nails for an hour and twenty minutes straight is just gross.

8. On one subway ride, a woman sat next to me, opened a bag of Cheetos, and proceeded to crunch and smack her way through them with occasional pauses to clean the cheese dust from beneath her fingernails with her tongue.

10. I found the Chicago train system fascinating because after each stop, a grave announcer's voice would float out of the intercom with a firm reminder of what was not permissible aboard the train.

11. Each stop produced a new rule until the announcer ran through the loop and started over again.

12. No leaning against the doors.

13. No leaving personal belongings on the seat beside you.

17. Conspicuously absent were warnings against drugs and alcohol. Apparently, as long as you aren't leaning against the doors, selling Girl Scout cookies, or taking bets as to how many bites Cheetos Woman has left, you're free to do anything else you like.

18. I got up at 5 am this morning to write. Since I work most days (Monday is the exception) and have family stuff etc. filling up the rest of my hours, I had to carve out some new time to do what's important to me.