It's All Fun & Games Until The Words Stop Flowing 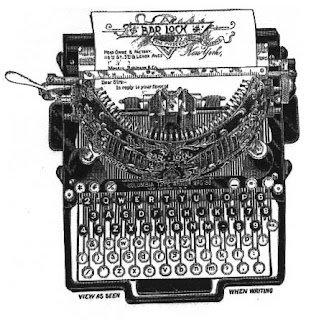 Writing is fun. Except when it's not. Some days the ideas flow so fast, I need three files open on my computer just to keep up. Some days, I sit and glare at my blinking cursor which, despite multiple death threats against it AND it's mother, refuses to just write something already.

Sometimes, the dry spells, the I-dread-sitting-at-my-computer spells, last. They fill up a day, spill into the next and the next and before I know it, three weeks have passed and I'm still struggling with a chapter that stubbornly resists my every attempt to find it's shape, texture, and weight.

Sometimes, my characters stop speaking to me. Sometimes they hover just out of reach and nothing I do brings them closer.

I'll be honest. I don't like the times when writing isn't fun. I don't like struggling for the words, knowing when I re-read the next morning, most of what I wrote won't be worth keeping anyway. I don't like wringing dialogue out of reluctant characters whose true voice eludes me for the moment.

But those dry spells never last. One day, I wake up in the middle of the night, electrified by a new idea, or the perfect conversation between two characters who've decided silence is no longer a virtue. One day, I sit down at my computer and the words race across the page and I've got that spine-tingling certainty that this is what I'm meant to say here.

So yes, writing is fun. Even when it isn't. Because I know the words will come back, the characters will speak, the conflicts will bloom, the world inside my head will become real enough to touch and the joy of creating will steal the sleep from my eyes. And even though I know another dry spell will hit, the sheer excitement of seeing what's in my head come to life on a page makes the roller coaster ride worth it.
- May 14, 2009