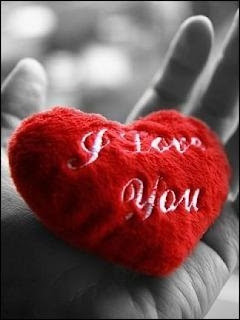 Yesterday was my 15th wedding anniversary. Clint had to read The Night Before Christmas on stage at the Grand Ole Opry before the Radio City Rockettes performed so we decided that would be the perfect anniversary date. A friend offered to watch the boys (and ended up voluntarily cleaning our kitchen which was a sacrifice of the above and beyond variety!) and off we went.

We entered through the backstage door (the one marked Artist Entrance) and hung out backstage for a bit until the stage manager escorted me to my seat to wait for Clint's reading. I sat for a bit, noticed it was a mostly sold-out venue, and then the announcer read Clint's bio and he came out on stage.

He sat in an old-fashioned wing-back chair in front of a mic, opened the book, looked up and said "I'm going to read The Night Before Christmas. But before I get started ..."

And I knew he was about to pull a fast one.

He continued "My wife is somewhere in this crowd. C.J., where are you?"

I sort of waved my hand and they put a spotlight on me. Heads turned from all directions to stare.

Then he said "Fifteen years ago today, I was married to my lovely bride. I'm so blessed to have her as my wife. I love her. She's my soul mate. I hope we have thousands more years together."

And the whole crowd (me included) went "awwww!" Then they clapped and he continued on with his reading. I was blushing. First time in ... well, I don't actually remember the last time I blushed.

After he sat down with me (and those around us congratulated us on our anniversary...except for the one guy who complained Clint had now raised the bar impossibly high for the other husbands in the crowd), I kissed him and told him he was good present-wise for the next five years. It's not every girl who gets honored from the Grand Ole Opry stage in front of a thousand people.

Email ThisBlogThis!Share to TwitterShare to FacebookShare to Pinterest
Labels: marriage