Johanna continues to thrive with us. She's a little social butterfly who has two speeds: Full Speed Ahead and Sleep. Our only difficulty at the moment is that she really doesn't sleep well. She wakes about every hour and a half all through the night and that means I wake up too. I'm pretty exhausted now, but we'll figure it out!

She now shows a clear preference for us over the Chinese people who come up to talk to her, even though they speak her birth language. She turns from them and burrows into us for comfort. We hold on to those moments!


We've also discovered she has a special skill. She's a champion noodle sucker. It's hilarious. We'll place the tip of a long noodle in her mouth and she'll just suck the whole thing up in no time flat. She's going to give her brothers a run for their money on spaghetti nights!


Here are a few pictures taken of her over the last day. Isn't she just precious? 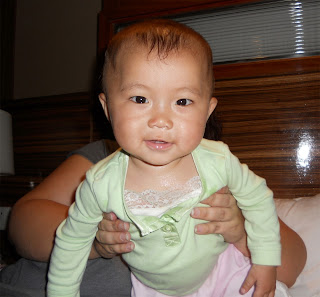 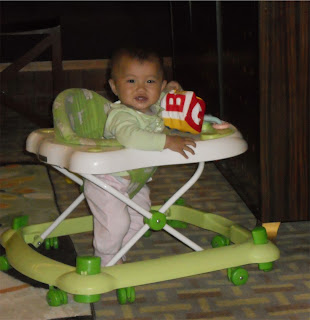 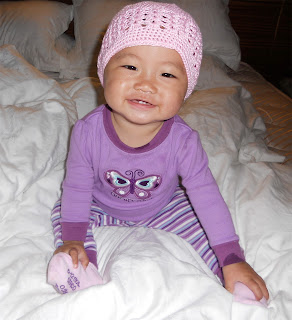 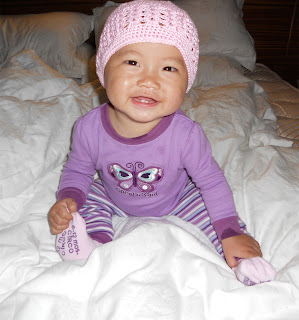