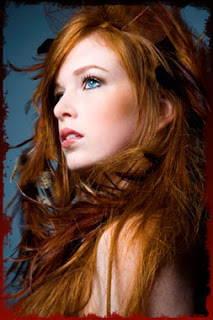 I still can't tell you what my new project is about, but I can give you an interesting (I hope) peek into my main character's mind. Some characters just start talking in my head, and before I know it, I've got enough info on them to fill several books. Some are more reluctant to just open up and let me see behind the curtain of their everyday life. For characters like those, I have to find unusual ways to climb beneath their skin.

Rachel is proving to be a very layered character to get to know. I thought she was one thing and went, "Hm. A pretty straight-forward character with clear goals. But where are her flaws?!" Because a character without flaws isn't authentic, and I want to write with depth and authenticity. A character's flaws are often what push them further and further into a story's conflict, or what cause additional conflict.

I made Rachel's playlist, and she surprised me with some of the picks. I can't really explain how I know if a song is right for a character. I just do. It either fits them on an emotional level (either the music or the words), or it doesn't. Sometimes, I think a song fits, but after listening to the playlist a few times, I realize it isn't quite right and delete it. Rachel has a solid playlist now, but I still couldn't get more than a layer or two into her before running into walls of silence.

And now I see more clearly what drives her, where her flaws are, and how that will ultimately drive the outcome of the story.
- January 11, 2011