I've Tased It One Too Many Times 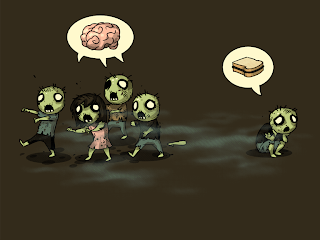 1. I must confess that nothing in the following post will have anything to do with the picture I used.

2. I just couldn't resist the awesomeness.

3. I'll start today's list with a comment on the strange philosophy boys have toward personal hygiene and clothing.

4. My teenager is exempt from the following commentary because he's recently been awakened to the fact that GIRLS like cleanliness and clothing that hasn't been worn for a month.

5. My other two boys could care less.

6. I force them to shower, I insist they use soap, and I check their teeth daily because if I don't, I fear the CDC will show up at my home and quarantine us all.

7. I also watch their clothing for signs they've worn it too many days in a row. They act like it's the end of the world when I hand them a fresh pair of jeans and insist the pair they're wearing deserves a decent burial in our back yard, but they change their pants.

8. I've recently realized, however, that I need x-ray vision to assess the full scope of the problem.

10. How is this possible, you ask, if I make them shower on a regular basis?

11. Yesterday, I made Starshine take a shower. He took off his clothes, bathed, used soap, got out of the shower, and then proceeded to PUT ON THE SAME PAIR OF UNDERWEAR HE JUST TOOK OFF.

12. When I informed him he needed a fresh pair of underwear, he looked mystified and said, "But these are clean. I just put them on three days ago."

14. Which explains why I have to approach my laundry pile armed with mace and a taser.

15. However, what confuses me the most is the fact that if left to their own devices, my children wouldn't wear clothing at all.

16. The other morning, Starshine came downstairs for breakfast sans clothing. When I insisted he get some clothes on before he could have his oatmeal, he put on his father's coat and sat at the dining room table.

17. I asked him if he was naked beneath the coat. He said no. He had skin on.

18. I caved and served him his oatmeal.

19. And last night, Daredevil got out of his mom-enforced shower and sauntered out of the bathroom (the one attached to my bedroom) buck naked. No towel. No old underwear. Nothing.

21. To which I replied, "Wouldn't it just be easier to put some clothes on?"

22. And he said, in a perfectly reasonable tone of voice, "Why? You can just shut your eyes."

23. Some days I begin to feel like maybe I'm the one who's crazy around here.

24. I realize most of this post has been talk of nekkid children and underwear that qualifies as a weapon of mass destruction.

27. This means I spent most of last week going back over the first third to change chapters into the hero's POV.

28. I'm frustrated at the lack of forward progress, though I'm still in good shape to make my deadline, and now I'm so close to the story, I can't tell if the dual POV is working or if I've tased one too many piles of laundry and can no longer be trusted to make good story-telling decisions.

29. I have some trusted CPs (critique partners) on it and expect a verdict soon.

30. This weekend, I'm attending my local RWA chapter's retreat. Apparently, I'll be doing karaoke. No, I don't think there will be video. If there is, I have minions who can take care of that.

31. Check back in on Wednesday when the Were-llama of Awesomesauce takes on urban fantasy author Jill Myles. It's funny. Trust me.

32. And now I'm off to do another load of laundry.