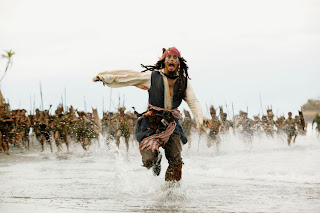 4. Of course, that's often the case, but I haven't slept well in days so it feels worse today.

5. I'm tempted to ignore the whole thing in favor of a good book.

6. Speaking of a good book, The Lost Duke of Wyndham is a definite must read for anyone who enjoys a strong heroine, a smart-mouthed hero who makes you laugh outloud, and a plot that keeps you turning the pages.

7. I have to say that while the South has many wonderful culinary options, okra is not one of them.

8. When I express that opinion to a true, born-on-a-tractor southerner, I get the knee-jerk "Well, you have to try it fried" response.

9. First of all, if you have to deep fry something to disguise its inherent nastiness, then it doesn't qualify as edible.

10. Secondly, I have tried fried okra.

11. Once you bite past the thin, breadcrumb crust, you're confronted with the same slimy, oyster-gone-bad taste that existed before this psuedo-vegetable ever hit the fryer.

14. Book two in the current series (titled TWISTING FATE) has been playing around in my mind for the past two weeks as I approach the end of SF.

15. Saturday, while driving to work (Why do these things always happen while I'm driving??), I learned the identity of a new character.

16. Other writers will understand when I say this new character scared that Holy Crap right out of me.

17. It's going to be both interesting and disturbing to get inside this character's head (I'm deliberately leaving the gender to your imagination because I don't want to give away details that will hinder your enjoyment of the plot).

18. Reader Question: If you could inhabit one imaginary world (either book, movie, or video game), which would it be?
- September 08, 2008