I Can Yell, I Can Paddle, But I Can't Do Math 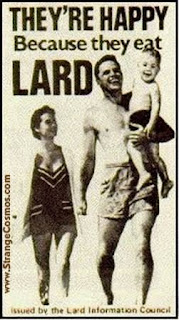 10 Facts About Me As A Teenager:

1. I used to drive a black and white striped '79 Dodge Caravan to school. Orange interior. Funky transmission--had to drive with one foot on the gas at all times. If I ever got the combination of gas & brake wrong, the van would backfire--something subtle...along the lines of a sonic boom. Twice. It was the sort of vehicle that made semi truck drivers worry I might slam into them and send them flying. My friends and I called it the Land Barge and joked the military would swoop in one day and reclaim it as their secret weapon in a ground war.

It's gone now. I'm guessing Homeland Security has it as a sort of mobile bunker for the President in case things go south.

2. I was a cheerleader. For two years. By accident. No, really. I went to a small private school and was one of the only girls in junior high who didn't spend her lunch hour practicing cheers. When tryouts for the high school squad came around, none of those girls tried out. There weren't enough girls trying out period. One of my friends said she was going out for it and asked me to come with her. I did. Next thing I knew, I was on the squad.

I totally sucked at dancing or coordination of any kind but I could perform every jump better than anyone and (Hang on to your teeth, folks, 'cause this is a shocker.) I excelled at yelling.

3. I entered high school one year ahead in math. This was because I was really, really good at every other subject (I know, you hate me.) and it was inconceivable to the teachers that I wouldn't be just as good at math. Took me two years to prove them horribly, spectacularly, irrevocably wrong.

I think my algebra teacher still has the eye twitch he gained from trying to teach me concepts that simply refuse to take root in my brain.

Turns out all that bunk about needing advanced math later on in life only applies to situations where I have to help my kids with their own homework. It's like a vicious math cycle.

4. I once slammed a ping pong paddle into my gym teacher's family jewels. By accident. It didn't endear me to him.

5. I was never popular. I wasn't shunned, but I was never "cool." Or, if I was, I managed to be totally oblivious to it.

Since I highly doubt the cool kids actually had it any better, I don't mind.

6. I never tried drugs or alcohol. Given my later experience with Everclear laced cake (Hello, floor!) and Tylenol Cold (Wow! How many heads do I have?!), I think this was a wise decision on my part.

7. I was a "Pick-a-Little" lady in our school's production of Music Man. I was also prisoner number #6 in our production of "Hiding Place."

8. I played clarinet in our marching band. We took awards all over our district. I once played in the state honor band as well.

9. I missed being salutatorian by 5 tenths of a grade point. The class that cost me that honor was P.E. For reasons why I didn't get an A in P.E., see #4.

10. I once stuffed my bra with socks to make myself look more curvaceous before heading to the grocery store with a friend. (Because if you want to look curvaceous, the grocery store is the place to do it!) I didn't realize until I returned home that the socks had shifted during my drive and therefore my curves looked like gravity and a good strong wind had played tag with my boobs.