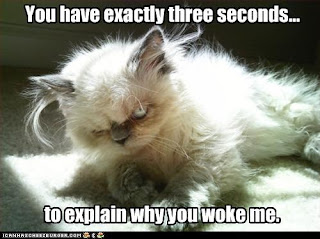 1. Someone recently asked me why I do the list thing so much on my blog.

3. Also, I live a crazy-busy life, my post gave-birth-to-three-boys-in-four-years brain resembles a colander, and this way, I can share a bunch of random tidbits in one post (Hey! Convenient!) for the enjoyment of all.

6. If you don't, hie thyself to another blog.

7. I'm trying to convince my hubby to make a cake for our resident blog mascot, the Were-llama.

8. I want the cake to resemble the Were-llama.

11. Even cooler if the cake spits from both ends!

12. I'm all about the details, folks. And you know you want to see a sparting (spit+fart = spart...stay with me, peeps) Were-llama cake.

13. We could make a video of its construction.

14. Any suggestions for a Were-llama cake theme song?

15. Were-llama says NO to anything by Brittany.

17. Recently, I judged five contest entries for the YA category of the Golden Heart.

18. There were some fantastic story ideas and a couple that I think are really close to being publication ready.

20. Speaking of writing, I'll be diving in to plotting and researching the sequel to CASTING STONES next week.

22. Four spots left if anyone is interested in getting multiple in-depth critiques on their query.

23. Now, I must get ready to face the day job, the dentist, and a sneak peek of the new Brendan Fraser/Harrison Ford movie. (Because my parents want to go, and as I only see them twice a year, I've capitulated. This is the kind of movie I usually avoid like the plague.)