The Cupcake Characters poll is still alive and kicking. Team Were-Platypus has taken the lead with 50 votes (as of this post), but they've also admitted to stacking the ballots. Team Jack Sparrow is fighting to narrow the gap at 31 votes. They've admitted to cheating too, but hey! He's a pirate. He's totally down with that.

I thought perhaps some visual aids might help in deciding the outcome. Will each team please present their mascots? 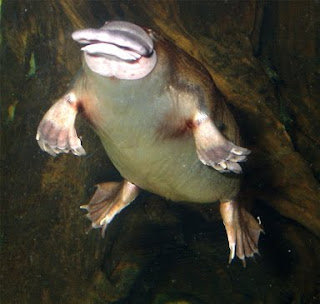 Name: Wally the Were-Platypus
Occupation: Fighting underwater crime
Hobbies: Eating sushi, listening to show tunes, and polishing his bill
Special Attributes: He can turn into a duck-billed, web-footed platypus at the drop of a hat. Or when he wants to show off for the women's' swim team. 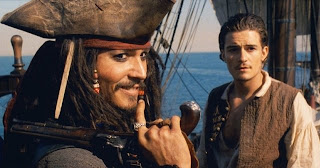 Name: He's Captain Jack Sparrow, savvy?
Occupation: Pirate
Hobbies: Stealing ships, seducing women, and outsmarting everyone.
Special Attributes: Um...have you looked at his picture? Plus, he carries a sword and he knows how to use it.
- January 26, 2010

Email ThisBlogThis!Share to TwitterShare to FacebookShare to Pinterest
Labels: cupcakes