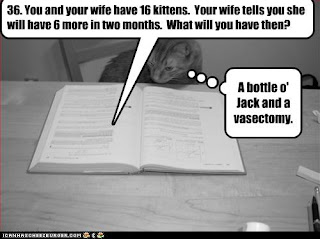 1. Clearly, I did not find the time this weekend to write the Friday Fiction blog.

2. Never fear! I shall choose a winner tonight and write the post for tomorrow!

4. What did I do with my weekend instead?

5. I worked. I revised. I cleaned. I took my kids to see HOW TO TRAIN YOUR DRAGON.

6. And I fell in love with Toothless the dragon.

7. So in love, I raved on and on about how much I wanted a dragon of my very own.

8. Clint is now threatening to buy me an iguana for Christmas.

9. As a testament to just HOW MUCH I adored that movie (If you haven't seen it, go. One of the best animated films I've ever seen.), I'm totally okay with receiving an iguana as a pet.

10. Wonder how Spastic Kitten would feel about that?

11. One of the previews we watched before the movie was this. (The extended version).

12. In the sudden silence following the end of the preview, right after Donkey offered Puss the use of his tongue, Daredevil exclaimed in his best outside voice, "That's disturbing."

14. Know what else is disturbing?

17. He says: "It's just fun and lighthearted. There's no life-changing issues. I'm like the crazy old uncle. People feel comfortable telling me their secrets, that I won't be judgemental."

18. *rubs hands together* So many opportunities for sarcasm, so little time.

19. The premise of the show is that contestants will reveal their bad habits in order to win a date.

20. I can only imagine the kind of prize dating material willing to a) accept a date with a stranger on national television b) from a reputable relationship expert like Jerry Spring c) after their prospective date has just revealed to the world she enjoys trimming her toenails with her teeth.

21. *has many more jokes ... mostly related to dating cousins, punching immediate family members, and trying WWF moves on your cheating boyfriend while wearing nothing but a tube top and some Daisy Dukes ... but is running out of time.*

22. Rachel Hawkins will be interviewed by the Were-llama this Wednesday and has an awesome giveaway!

23. She's asked for a Southern Gothic cupcake. Clint is inspired. So inspired, he won't even tell me what he's going to do. He just says it's "cool."

24. So, come back tomorrow to see (most likely) the Friday Fic post and winner announcement, and Wednesday to watch Rachel take on the Were-llama, enter to win a book and a t-shirt, and see Clint's "cool" Southern Gothic cupcake.

25. And if you want to be my bff for life? Find me an adorable dragon of my very own.