Step Away From The Belt Buckle 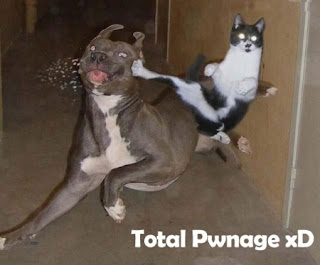 1. I come in contact with a lot of people at my day job.

2. Many people are genuinely nice and often interesting.

3. A select few are idiots.

4. Like the ones who somehow feel that personal hygiene is a good idea for the rest of the world but doesn't actually apply to them.

5. I love those conversations where I have to gently explain to someone that bathing WITH SOAP would be in their best interest.

7. There's no way that conversation isn't going to turn awkward at some point. Especially when the other half of the conversation looks at me as I tactfully suggest that perhaps waking up early enough to get some shower time would be best and asks "Why?"

8. It's hard to come up with creative, tactful ways to say "Because you smell like you live in a dumpster."

9. Speaking of awkward, this past week a man sitting in our restaurant decided he had on too much clothing.

11. Which is pretty weird, but not really cause for concern. If you like to eat lunch in your socks, who am I to judge you?

12. Then he took off his sweatshirt, which was fine because he had a t-shirt underneath.

14. When he reached for his belt buckle, one of the managers made a table visit, ostensibly to make sure the food was fine. I don't know what was said, but the pants stayed on, and I'm grateful.

15. I have to wonder what kind of person (he was eating with four family members, all of whom didn't look the least bit fazed to see him shed his clothing in public) feels it's appropriate to strip down during the lunch hour of a family restaurant?

16. I watch a lot of little kids' shows early in the morning with Princess J now.

17. The other day, I saw Yo Gabba Gabba for the first and I swear ONLY time. If I have to watch it again, I will mostly likely stick plastic forks in my eyes just to alleviate the pain.

18. I am completely convinced Pink Floyd helped write that show.

19. Last night was our annual Valentine's Day dinner. Our group of friends gets together at my house and the men cook and serve us a beautiful three course meal (with three different options for each course). They also clean up my kitchen afterwards. It was lovely, and my hubby deserves a shout out today on the blog since he worked so hard, stayed up super late (which is hard for a radio morning show guy to do!), and was the genius behind both the menu and the gorgeous plate presentation.

20. This week on the blog, Captain Jack Sparrow interviews the lovely Maria Snyder (whose book INSIDE OUT made my best reads of 2010 list) and she's giving away a signed, personalized copy of the sequel, OUTSIDE IN. Amazing books!

21. Also? I've decided to share the story of my Ninja Boobs.