"Jobs" is a Three-letter Word 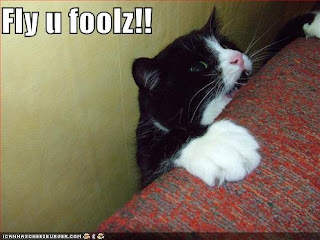 1. I'm posting my usual "week in review" on Thursday because I'll be offline all day tomorrow.

5. Daredevil instantly pointed out that "jobs" has four letters.

6. We told him that knowledge qualified him to be Vice President of the United States.

8. He says it's because being VP sounds like a stupid, boring job.

9. We think it's because he clings to his dream of world domination and, to date, no VP has ever managed that sort of global impact.

10. The Explorer is fixed and back in action.

12. I know it's only a matter of time before the Piece and the 9-4 conspire against us again.

13. My parents are visiting until this coming Tuesday and we are all leaving for Kentucky in an hour to visit a theme park/museum/place that has life-size dinosaurs, a replica of Noah's Ark and other interesting things.

14. The kids are excited to stay in a hotel tonight.

15. Last night, at work, I had a string of incredibly rude people.

16. Sometimes it just works like that. I had two tables stiff me (although they got great service), one table told me how wonderful I was and how much they enjoyed having me as their waitress and then rounded up their bill to leave me 4 cents, and a man took seven boys out to dinner (and don't think I didn't run my feet into the ground for that crew!) and left me ONE DOLLAR while he gave each boy $5 to spend on candy out in the store.

17. I wanted to go throw the dollar back in his face and tell him what I thought of him (which would have certainly cost me with my manager) but cooler heads prevailed.

18. I was discouraged and upset and then I went to pick up my credit card tips and realized I had $13 more than I should.

19. Turns out three of my friends felt so bad about my night, they all gave some of their tips to me.

20. Just when I begin to lose faith in humanity in general, the people who love me do something like that to restore it.