Lexicons, Contests, and a Man's Scoop 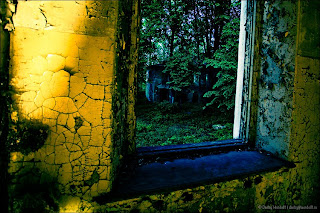 1. I've had a busy weekend and missed my usual Monday post.

2. I have good reasons. I'd love to tell you those reasons but as that would reveal my location to certain ... ahem ... law enforcement officials, I must demur.

3. We took the kids out for dinner the other night and allowed them to get a scoop of ice cream off the kid's menu for dessert.

4. Daredevil looked at our waitress and said, "I don't want a kid's scoop. I want a man's scoop."

5. When the waitress brought his ice cream, Daredevil looked at it and said, "I didn't order this! I ordered a man's scoop. It should be big and bold."

7. My friend Katy is giving away a copy of Yasmine Galenorn's new release here. Go check it out!

8. I commented once on The Five Randoms last month and just got an email saying I'd won their commenting contest and would get copies of the four books they reviewed in May, including Melissa Marr's FRAGILE ETERNITY which I'd planned to beg, borrow, or steal next week.

9. I never win drawings so this is really cool. Plus, it saves me from going to jail over a book.

10. Melissa Marr is kind of worth it, though.

11. Speaking of Melissa Marr, I can't find my copy of WICKED LOVELY. If I let you borrow it, will you please let me know?

12. Swiss cheese for a brain here, folks. It's kind of disturbing.

13. I'm so excited to announce that I'm setting up a Fate Trilogy lexicon site with Crystal Posey as my webmistress.

14. The site will feature author bio/interviews, character bios & interviews, outtake scenes that didn't make it into the novel, pre-story scenes, a Lost Legend section detailing the mythology behind Fate, and eventually links to my book trailer and a fan forum, if I decide to set one up.

15. We're in the design and build content stage but it will go live in a few months.

16. Tinks and Spastic Kitten are trying to kill each other in front of my desk.

17. Tinks has Spastic Kitten by five pounds but one should never discount the advantage of severe mental instability.