Top Ten Reasons Were-llamas Are The Coolest Shape-shifters Around 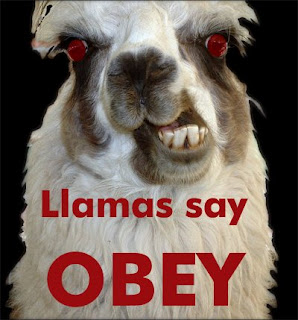 2. They are often invited into petting zoos by their unwitting prey--the humans.

3. Their teeth can cleave muscle from bone. 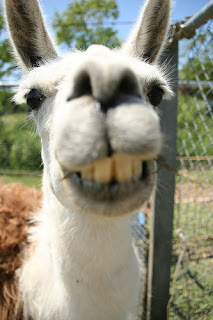 4. They are adept at killing their prey using only the Beady Eye.

5. A bite from a were-llama doesn't turn you into a were-llama because they have too much pride to turn prey into predator. Instead, you become this: 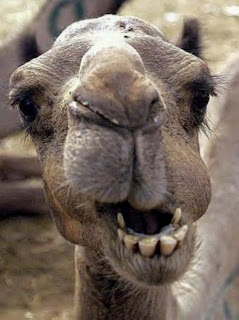 And start schlepping people across the desert for a living.

6. Nobody expects a were-llama and we all know how important it is to maintain the element of surprise.

7. They have their own spokesperson.

8. When they say they spit in your general direction, they mean business: 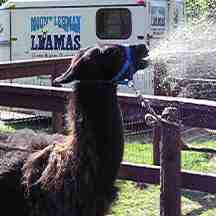 9. They once took on Chuck Norris and won using nothing but spit and attitude.

10. They have their own theme song:

And that's your Friday Top Ten list. Were-llamas--coming into their own whether you like it or not.
- May 01, 2009