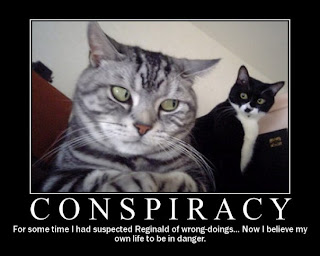 1. I am terrified of moths.

3. I can't explain this phobia--I've been like this as long as I can remember.

4. Two nights ago, I came home from seeing a movie with Myra and sat on my front porch with my hubby and kids as night fell.

5. The kids were catching lightning bugs--thankfully Starshine no longer "catches" them by clapping his hands together.

6. Daredevil threatened to put one of them on my arm and while lightning bugs don't inspire the same level of hysteria that moths do, I still don't want creepy crawlies (or creepy fly-ies) on my body. Ever.

7. He took one look at my face and veered around me to torture Clint instead.

8. So we sat, me with my purse in my lap, Clint with his laptop, and watched our children play while the sun sank below the treeline and lightning bugs lit up the world with their butts.

12. I didn't know how wrong I was until the next day, when I reached into my purse to snatch my car keys and came up with A DEAD MOTH instead.

16. It must have flown in there while I was sitting on the porch, totally unaware of its presence.

17. I don't like the evidence that my moth-radar failed me.

20. I left the carcass where it lay (no WAY was I touching it again) and by the time I'd alerted Clint to the situation (Yes, I kill bees, spiders, and any number of other nasties without any help but I cannot dispose of one dead moth. You know you love me because I'm slightly psychotic.) the moth body was gone.

22. I refused to consider the possibility that the moth was only playing possum because that would mean it was STILL IN MY HOUSE and the instant twitch I would develop would render me unfit for human companionship for the next forty-seven days.

23. I left for work and by the time I returned home, I was calmer.

25. No longer totally squicked out by the thought of a dead moth.

26. Okay, I was totally squicked out but, yanno, I touched a dead moth.

27. I changed out of my uniform, grabbed a drink, and settled in front of my computer to check my email.

28. Tinks jumped up on my desk, but rather than pay attention to me, she batted at a toy--a little plastic "lawn" with two lady bugs on it covered by a removable clear plastic bubble top--left on my desk by one of my kids after I'd gone to work.

29. Thinking she would knock the toy off the desk, I reached out, grabbed it, then took a good look at it and the inside was CRAWLING WITH LIGHTNING BUGS.

30. Because my kids are trying to kill me.