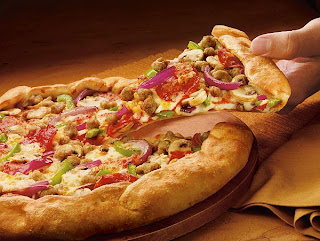 I promised to share the story of how a seriously misguided decision of mine ended in an episode of EPIC fail, and here it is.

When we first got married, we lived in a small condo in southern California. Small, in this case, is not a euphemism for cute. Or charming. Or almost-regular-size. Small is a euphemism for living space so confined you couldn't open the refrigerator if the dishwasher was open.

Into these small quarters, we brought two cats and a dog. We kept our cats indoors which meant I had to find a suitable location for the litter box.

The bathrooms had no space for it unless I wanted to put it smack dab in the middle of the floor.

The bedroom had just enough space for our bed, two dressers, and a small path for us to walk to the closet, which was tiny too.

Not that I really wanted a cat box in my bedroom.

We'd rented the second bedroom to a friend of ours from college, and he didn't seem excited to have a cat box in his room either.

I wasn't about to put a cat box in the living room, kitchen, or dining room, so that left the loft. The loft was a small (surprise!) strip of nearly unusable space hovering above the living room. I had my desk up there and just enough space left over for a cat box. So, that's where it went. Up against the far wall, between the railing and the back wall.

It seemed a good, workable solution at the time.

And it would have been, if I hadn't owned a demented beast of a cat who was the original definition of a Hot Mess. Tigger was a long-haired Maine Coon cat who was constantly doing things that defied logic. Like sitting on the coffee table, laying his beautiful long tail across a lit 3-wick candle, and then getting mad at me when he ended up on fire. Or like the many times he raced our Siberian Husky down the stairs, stopped suddenly in front of her, and got drop kicked the rest of the way down for his troubles.

One night, I made pizza for dinner, and we chose to eat while sitting on the living room couch so we could watch a boxing match. The couch was located directly beneath the loft railing. This wouldn't have been a problem except that Tigger decided to prove once more that he deserved the title Dork of the Year.

We were several bites into our pizza when a commotion started above our heads. Did we pay attention? Heck, no. There was a boxing match on. It takes an act of God to rip our attention away from that.

Or a demented Maine Coon with a penchant for getting cat litter stuck between his hairy little toes.

Tigger was always getting stuff stuck between his toes and he HATED that. Hated it with the fire of a thousand flaming suns. He would stop everything and violently shake his paws until the offending object was gone.

In this case, he decided to violently shake his paws while STILL INSIDE THE LITTER BOX.

Litter and OTHER THINGS went flying. Out of the box. Into the air. Over the railing.

There we were, innocently eating our pizza while watching two grown men knock the sense out of each other, when suddenly the heavens opened and a deluge of cat litter and OTHER THINGS rained down upon our heads, covered our pizza, and settled onto the couch.

You think you're gagging now? You should try actually living through it.

I bought a covered cat box. And I moved it to the far corner of the loft, where even the most intrepid Dork of the Year paw shaking couldn't fling anything over the edge. And I didn't make pizza again for a really long time.

And every time we heard the tell-tale scrape of a kitty inside the cat box, we looked up at the loft in trepidation. Which, now that I think of it, was fairly stupid on our part. The only thing worse than enduring a deluge of kitty presents would be to look up and take it all full in the face.
- June 23, 2010