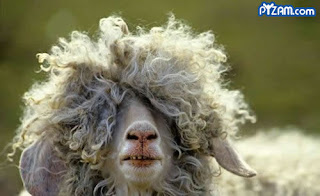 1. I don't have very much time to devote to blogging today.

4. The other day, I was driving to work when I got passed by a tank of a Cadillac.

6. Did I say passed? I meant LAPPED. SCHOOLED. Sent home to my mama to sit in the box of shame.

7. The Caddy whipped past me (my hubby will tell you that's no small feat, but he LIES) and tailgated the car in front of me.

8. And I mean TAILGATED. With judicious application of horn honking and everything.

9. I got close enough to get a look at the driver while the Caddy languished behind an SUV showing the temerity to go 80 instead of the Caddy's preferred 120 and discovered the woman behind the wheel was pushing 80 herself.

11. Sort of awesome, in a flirts with death sort of way.

13. The guy on the road a few weeks ago who was transporting a refrigerator on the back of his flatbed but who felt no need to TIE IT DOWN.

14. It flew off the back of the truck right in front of us and bounced on the freeway.

15. Thankfully, my hubby had already seen a small item fly off the back of the truck and had backed off far enough that we were able to avoid having a refrigerator come through our windshield.

16. Some days I really worry that drivers with common sense are a dying breed.

17. I saw Inception this weekend and loved it. It was visually stunning, the plot was interesting and different, and the ending ... well, it was both awesome and NOT ... but awesome. Yeah.

18. Also, I had a plot convo with my hubby (where I throw out my ideas and he punches holes in them with questions and I keep talking until WHAMO I get clarity or WHAMO I get frustrated with his questions and he fears for his life).

19. I talked through the Asylum series (the YA I'm currently writing) and I now know the major plot arc and twists for the entire series. Yay! I'm super excited to write this!

20. Also, my hubby and I are doing a workout series called Insanity in which we obey the sadistic instructions of the most evil workout master ever to hit the DVD circuit. We despise him. Loathe him. Hate him with every screaming muscle in our bodies.