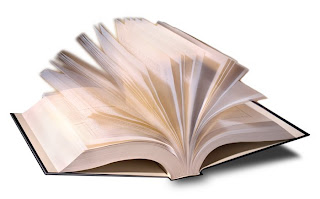 During my month-long vacation from writing, I invested plenty of time plowing through some of my TBR pile. I read a couple gems (like Lilith Saintcrow's Night Shift)a few ho-hums, and three absolute stinkers (Two of which I just couldn't make myself finish because, yanno, reading is supposed to be fun, not irritating).

I found it interesting that all three of the stinkers irritated me for the same reasons--amateurish mistakes, clunky writing, and an assumption that I couldn't remember anything they'd written on the previous page.

So here, for your enlightenment, I'd like to list a few things to watch for in your own writing. Should any of these raise their ugly heads in your manuscript, prune ruthlessly.

Think of your favorite movies. The camera captures the action and the character's emotional response within milliseconds of each other and leaves you secure in that knowledge while the scene changes and the action rushes forward. Do that. Stepping in with exposition instead is like a director telling his actors to maintain blank faces and then hiring a narrator to fill in all the gaps for his audience.

Show your audience and trust them to get it.

2. Beginning a paragraph with a character's name and then reminding me halfway through the same paragraph which character I'm reading about. In fact, it bugs me when an author does this on the same page, unless there are multiple characters present. If you start the chapter with "Sarah Hightower hated her bright yellow couch" and there are no other female characters introduced, don't reference Sarah's name five times a page. I get it. I'm with you. I haven't paused to wonder if we're still talking about Sarah.

3. Frequently reminding me of something I already know. If your character has a specialized skill--let's say she can sense the presence of angels--that's cool. Work it into the plot as soon as you can, acquaint me with her skill, let me know she's the only one who can sense the presence of angels and then, just let her exercise her skill. Don't feel obligated to remind me every single time she senses the presence of angels that she's the only one who can do it. Especially since writing in deep POV would mean that the skill is something she takes for granted and wouldn't spend much time explaining to herself.

Trust me to remember how you've set up the conceit and then just run with it. Second time I get reminded, I'm still with you. Third time, you get an eye roll. Seventh time, I'm ready to look up your home address and tell you just what I think about an author who would sabotage a perfectly good story by hitting me over the head with facts I already know.

4. Cheating me out of a character's emotional arc. I really hate it when I'm immersed in a story and something Bad happens on page 51 to the main character (who is already in over her head) and she is devastated until page 52 where she is inexplicably joking around with the hero. That makes no sense and turns your heroine into a two-dimensional farce.

Take the time to explore the impact of the plot/conflict on your characters. You don't have to wallow in it. The plot still moves forward. The conflict still escalates. But your characters should move forward bearing their new emotional wounds and fears and those help determine their new responses to whatever comes next. I can't take seriously any character that has the emotional range of a teaspoon. (Little shout out to Hermoine.)